Reams of reminiscence has already rolled off the digital presses in memory of Redoute’s Choice, the equine king of Arrowfield Stud, since his sudden death was announced on Tuesday. Predictably, those close to the great horse have had some truly moving things to say about the big bay, and what he meant to the industry.

I can’t claim to have anything near the association of these luminaries, but Redoute’s Choice’s death moved me in ways that shocked me.

As a humble TV hack during my SKY Racing days, I pointed cameras in his direction, gave him the odd pat and joined the legion of racing and breeding fans to pull on his tongue. I was never ‘close’ to the horse, but he certainly impacted my life.

I remember as a teenager, watching this big, leggy, Danehill colt win at Caulfield on debut. He had caught my eye in the paper, I was a pedigree nerd, and this guy had pedigree for days. He was also an eyeful, owing to the alchemy of Danehill,Canny Lad, Nijinsky and Best In Show. However, once he started to run, his ancestry was academic for me.

Watching his Blue Diamond win was like watching a teenage LeBron James playing the St Phillips Christian College 3on3 team, except the kids he was beating included the tyro, Testa Rossa and the very gifted, Dangerous. Redoute’s Choice was marvellous that day, Hore-Lacy had labelled him the best he’d trained after his first start - and that canny trainer had seen a few. He was probably right though. 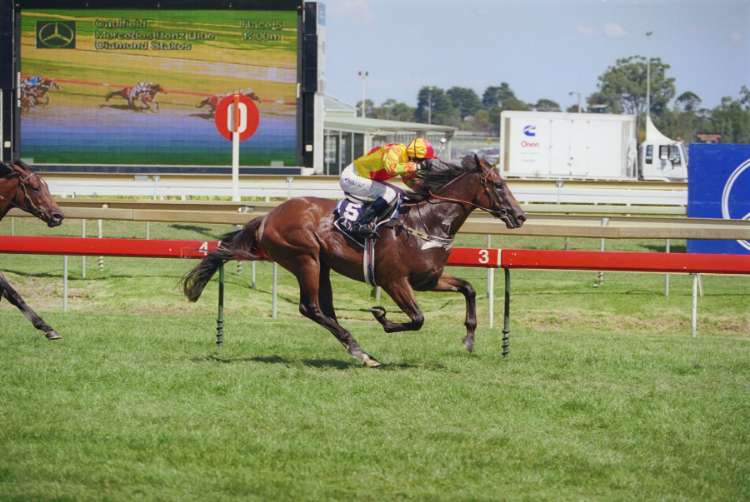 Redoute’s Choice’s epic Caulfield Guineas win has been on high rotation in the last few days and so it should be, it was as brilliant as it was grit laden and, if you judge a horse by the company he keeps, even more meritorious. However, his Manikato win was equally great, he won a weight for age sprint race against open horses at only his 3rd start, that’s Shirley Temple level precocity!

"Redoute’s Choice’s epic Caulfield Guineas win has been on high rotation in the last few days and so it should be, it was as brilliant as it was grit laden." - Angus Roland

His Orr stakes was a fitting exclamation point to a career in which he ducked few battles. It is a testament to his feats that often, when a horse bearing the Teeley Assets silks walks out of the mounting yard, pundits utter the ‘so and so in those famous Redoute’s Choice colours’ line that is normally reserved for the Winxes, the Kingston Towns and the Phar Laps of the world.

Scarily, his racing career wasn’t even the best part! He was almost an instant success at stud, and the statisticians have already pumped out the numbers; more than 160 stakes winners, dozens of Group 1 winners, championships galore, Group 1 sire sons, Snitzel, Lankan Rupee and now, The Autumn Sun. Oh yeah, and he’ll probably be champion broodmare sire this year too.

He got you Slipper winners, Blue Diamond winners, Guineas, Oaks and Derby winners. He got champion sprinters and if a few more of his sons had endured the Lankan Rupee gear change, he might have got even more.

You can’t blame the owners of Redoute’s Choice’s talented sons for eschewing the knife. After all, a Redoute’s Choice colt is hot property. Indeed the steady stream of good looking, million-dollar yearlings that issued from his, and now his son Snitzel’s loins, probably had more than a bit to do with a little development called Riverside Stables being so damn magnificent.

"Redoute’s Choice may even belong at the top of the ‘top 5 Australian-bred stallions ever’ conversation." - Angus Roland

Heroic, Bletchingly, Fastnet Rock, Vain, Wallace – Redoute’s Choice may even belong at the top of the ‘top 5 Australian-bred stallions ever’ conversation, given his heady mix of racing brilliance, championship accumulation, commerciality and legacy.

Legacy, there is a word I’ve heard a lot lately. It is one of the quirks of horse racing that a stallion or mare can actually become a legend in his own lifetime. Redoute’s has certainly done that and there is plenty more to come. 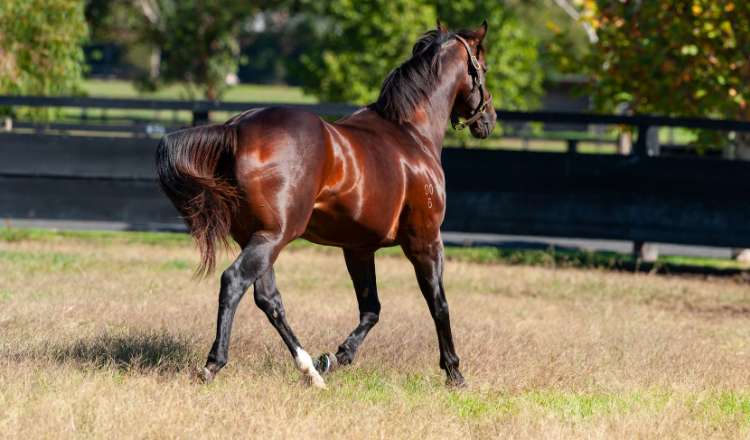 Redoute's Choice has become a legend in his own lifetime

Like I said at the top, I had very little personal connection to the horse. However, for two decades, he was always there. His presence loomed large over racing in this country, a comfort blanket for fans of this great sport, those that have never owned a horse, apart from a small, betting ticket-shaped share, for a few minutes on a Saturday. In that way, Redoute’s Choice touched us all.

Wouldn’t it be great if his current racetrack standard bearer, The Autumn Sun, inherited his stall, Claiborne-style? I say stall, it’s more like an incredibly comfortable aircraft hangar, but the metaphorical baton pass would be lovely.

However, I would never presume to advise team Redoute’s Choice on anything. From day one, John Messara, Teeley Assets and the tremendous staff at Arrowfield have done everything in the best interests of the horse. It can’t be an easy time for them and they should be congratulated.

And Redoute’s Choice? He earned every plaudit directed his way.

Sire Custodians Ltd is the leading provider of syndicate management and consultancy services to the Australian thoroughbred industry.Sire Custodians Ltd maintains a comprehensive library of precedent documentation for the entire range of bloodstock transactions and is in a position to provide prompt, cost effective expert advice on all ownership and syndicate issues.